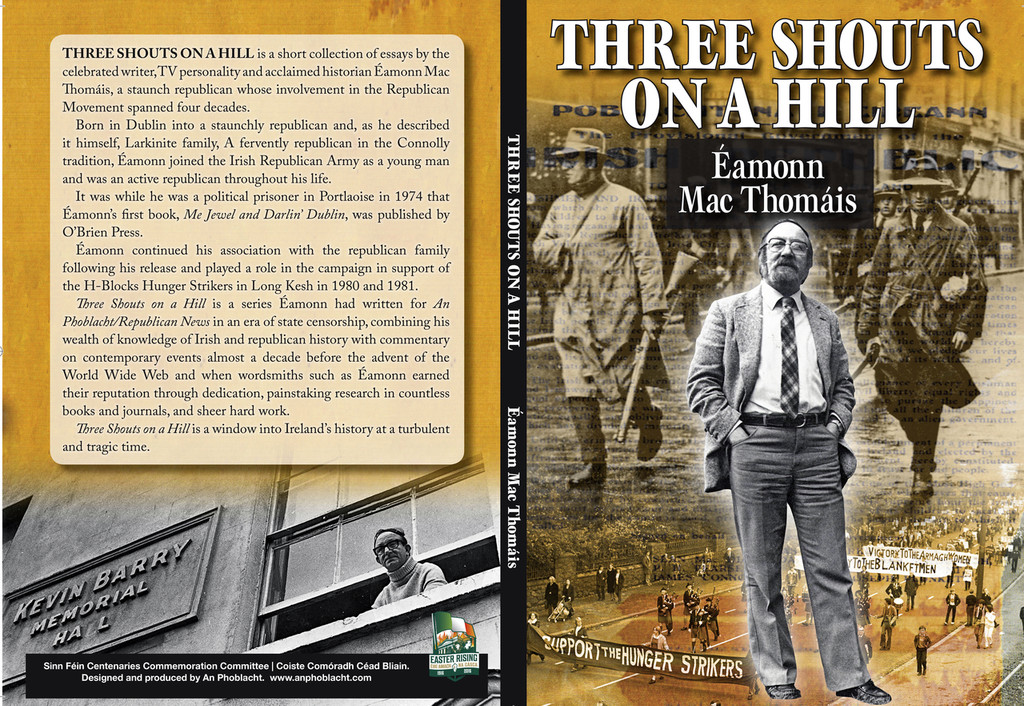 Three Shouts On a Hill

€7.99
€5.00
THREE SHOUTS ON A HILL is a short collection of essays by the celebrated writer, TV personality and acclaimed historian Éamonn Mac Thomáis, a staunch republican whose involvement in the Republican Movement spanned four decades.
Born in Dublin into a staunchly republican and, as he described it himself, Larkinite family, A fervently republican in the Connolly tradition, Éamonn joined the Irish Republican Army as a young man and was an active republican throughout his life.
It was while he was a political prisoner in Portlaoise in 1974 that Éamonn’s first book, Me Jewel and Darlin’ Dublin, was published by O’Brien Press.
Éamonn continued his association with the republican family following his release and played a role in the campaign in support of the H-Blocks Hunger Strikers in Long Kesh in 1980 and 1981.
Three Shouts on a Hill is a series Éamonn had written for An Phoblacht/Republican News in an era of state censorship, combining his wealth of knowledge of Irish and republican history with commentary on contemporary events almost a decade before the advent of the World Wide Web and when wordsmiths such as Éamonn earned their reputation through dedication, painstaking research in countless books and journals, and sheer hard work.
Three Shouts on a Hill is a window into Ireland’s history at a turbulent and tragic time.
Current stock: 0
Additional Info

‘From Suir to Jarama’ Liam Cahill Signed by Liam