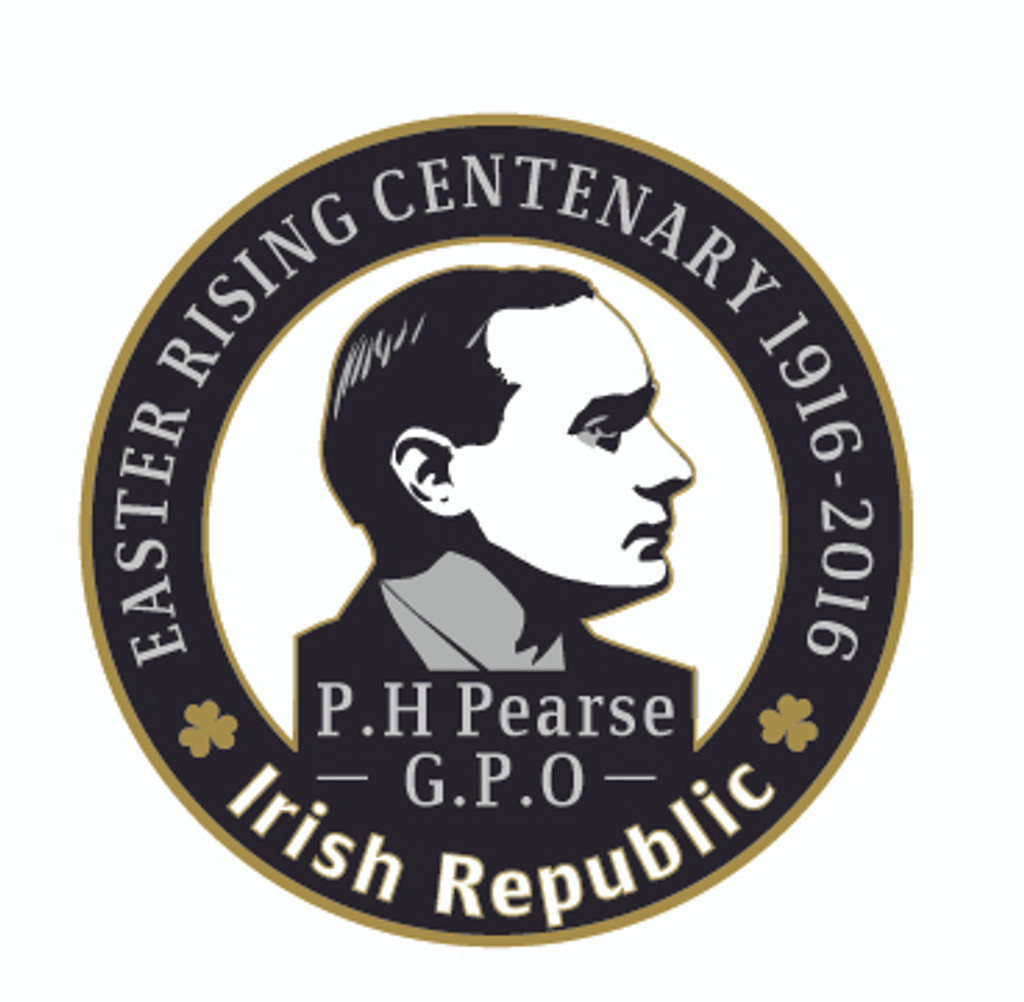 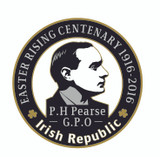 This P.H Pearse Centenary badge, is the first in a seriest of the seven signatories, of the 1916 Easter Proclamation. Each badge will have the signatory and where they were stationed during the rising. We will produce the other six between now and 2016. This set will become a valuable collectors item in the future so make sure to start collecting now

PÁDRAIG PEARSE
(1879–1916)
Born in Dublin on Great Brunswick Street (now Pearse Street), he was educated by the Christian Brothers at Westland Row, before taking a scholarship to the Royal University (University College Dublin) to study law.

In 1898 Pearse became a member of the Executive Committee of the Gaelic League. He graduated from the Royal University in 1901 with a degree in Arts and Law. He was later called to the bar. From his early school days he was deeply interested in Irish language and culture. He joined the Gaelic League in 1895 and became editor of its paper, An Claidheamh Soluis (Sword of light). He lectured in Irish at UCD.

To advance his ideal of a free and Gaelic Ireland Pearse set up a bilingual school for boys, St Enda’s, at Cullenswood House, Ranelagh, Dublin, in September 1908. He later moved the school to a larger location at Rathfarnham in 1910.

Young Padraig Pearse poses with a gun and, right, after he was called to the bar.
Below, Pearse with family — including brother William — and friends in the days before the Easter Rising
(Images courtesy of Kilmainham Gaol and National Museum of Ireland/Collins Barracks)

Initially, Pearse was a supporter of Home Rule but his outlook on Irish freedom was to become more radical and when the Irish Volunteers formed in November 1913, he was elected a member of the provisional committee and later the Director of Organisation.

In July 1914, Pearse was involved in the smuggling of weapons and ammunition through Howth Co Dublin which were stored at St Enda’s.

As his views became more militant, Pearse’s graveside oration at the funeral of Fenian leader O’Donovan Rossa in 1915 ended with the much quoted words “Ireland unfree shall never be at peace”.

One of the founder members of the Irish Volunteers, and the author of the Proclamation of Independence, Pearse was present in the GPO during the Rising, and was Commander in Chief of the Irish forces.

At 3.30pm on April 29, 1916 he surrendered unconditionally on behalf of the Volunteers to Brigadier-General W. H. M. Lowe in Parnell Street, to prevent further loss of civilian life.

Following a court martial at Richmond Barracks for his part in the Easter Rising, Pearse exclaimed: “You cannot conquer Ireland. You cannot extinguish the Irish passion of freedom. If our deed has not been sufficient to win freedom, then our children will win it by a better deed.”

He was executed holding a crucifix on May 3, 1916 at Kilmainham, and was buried in quick lime at Arbour Hill. He was unmarried. Pearse’s brother William was also executed.

In Ballymun, the Patrick Pearse Tower was named after him as was Pearse Street, Dublin.