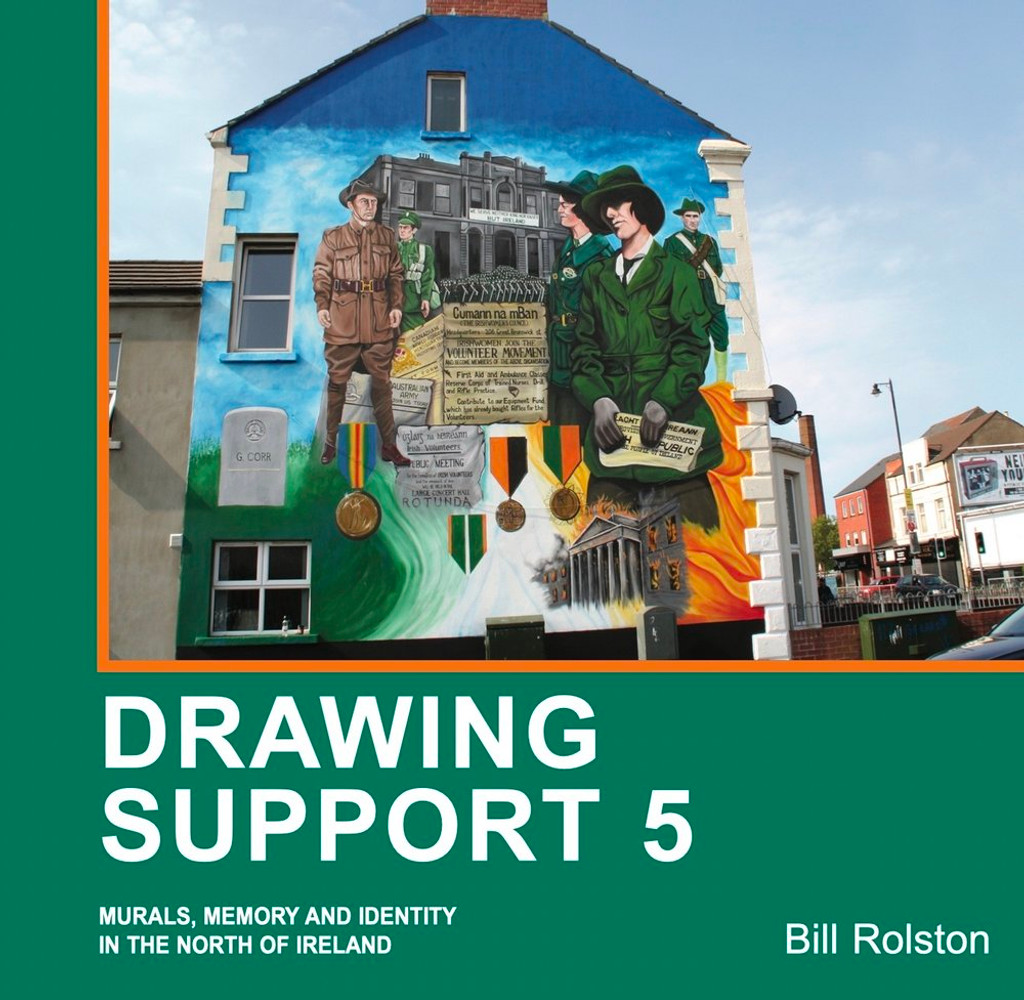 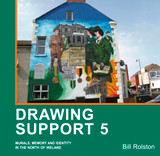 MURALS, MEMORY AND IDENTITY IN THE NORTH OF IRELAND

The murals in Drawing Support 5 were painted between 2013 and 2021. This period almost perfectly coincides with what has been termed the ‘decade of centenaries’.

A century ago, opposition to Home Rule grew; the Irish Volunteers prepared for revolution; the Ulster Volunteer Force moved from rebellion to the killing fields of the western front; the Easter Rising and the Battle of the Somme occurred; a war of independence was fought; the Irish Free State and Northern Ireland were formed and partition became copper-fastened. Some or all of these events continue to be part of the vivid memory of various groups in the North of Ireland and so are painted on the walls.

Along with these historical murals are murals about international struggle, contemporary paramilitarism and memorials to dead comrades.

Finally, beyond the murals of the two main political camps, a brief look is taken at some of the other murals now being painted on walls in Belfast and Derry, murals bringing in other politics or alternatively, not directly political at all.