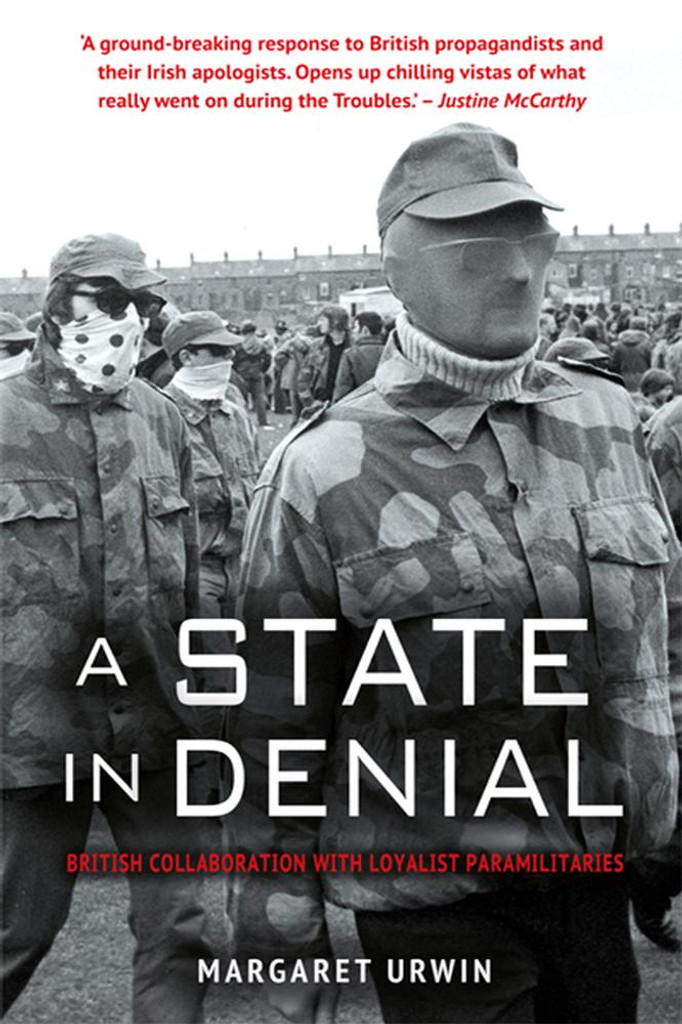 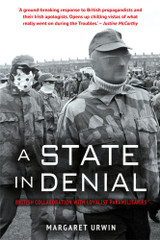 A STATE IN DENIAL: MARGARET URWIN

'Not only does this book confirm what many have believed but it reveals shocking detail which no one would have believed possible.' - Geraldine Finucane

'Sets out, in black and white, shocking evidence of cynical and unprincipled actions by politician, senior military and security services officers, and civil servants’ - Anne Cadwallader

'A ground-breaking response to British propagandists and their Irish apologists. Opens up a chilling vista of what really went on during the Troubles' - Justine McCarthy

This meticulously researched book uses previously secret official documents to explore the tangled web of relationships between the top echelons of the British establishment, including Cabinet ministers, senior civil servants, police/military officers and the intelligence services with loyalist paramilitaries of the UDA and the UVF throughout the 1970s and early 1980s in Northern Ireland. Covert British Army units, mass sectarian screening, propaganda ‘dirty tricks,’ arming sectarian killers and a point-blank refusal over the worst two decades of the conflict, to outlaw the largest loyalist killer gang in Northern Ireland. It shows how tactics such as curfew and internment, honed in colonial outposts at the sunset of the British empire, were imposed on the nationalist population in Northern Ireland and how London misled the European Commission over internment’s one-sided nature. It focuses particularly on the British Government’s refusal to proscribe the UDA for two decades – probably the most serious abdication of the rule of law in the entire conflict. Previously classified documents show a clear pattern of official denial, at the highest levels of government, of the extent and impact of the loyalist assassination campaign.

Doing My Bit For Ireland-Margaret Skinnider