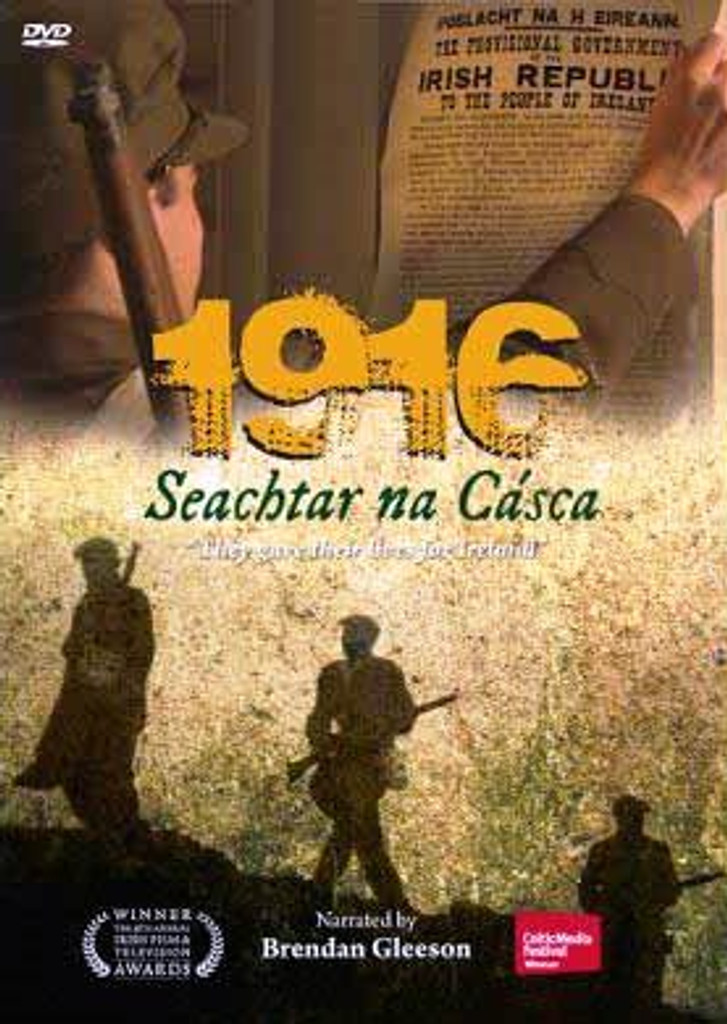 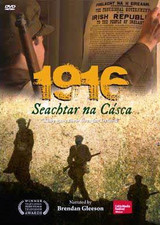 Originally screened on TG4 in seven parts and to huge acclaim the story of 1916 is told through the story of each of its main protagonists who were executed by the British government: Patrick Pearse, James Connolly, Éamonn Ceannt, Seán Mac Diarmada, Joseph Plunkett, Thomas MacDonagh and Thomas J. Clarke.

“Irishmen and Irishwomen: In the name of God and of the dead generations from which she receives her old tradition of nationhood, Ireland, through us, summons her children to her flag and strikes for her freedom.”

At midday on Easter Monday, the 24th of April, 1916, Patrick Pearse read these words from the steps of the GPO and declared an Irish Republic free and independent from British rule. The Rising lasted for six short but bloody days, that saw much of Dublin’s city centre destroyed, and resulted in the execution of the leaders at the hands of a British firing squad in Kilmainham Gaol. Their deaths would set Ireland on the road to freedom.

Now for the first time in 50 years you can see who these men were, what brought them to rebellion and why it is so important to keep their memories alive. This is their story.