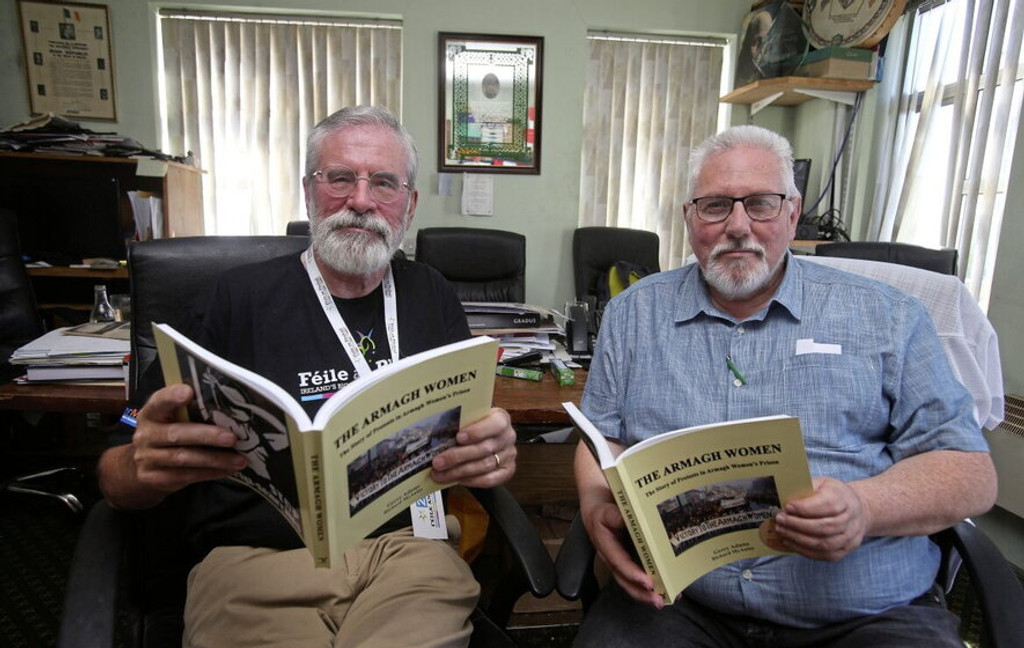 By Gerry Adams and Richard McAuley

The Armagh Women, written by ex-Sinn Féin president Gerry Adams and former party press officer Richard McAuley, tells the story of the women prisoners who were held at the gaol.

The book, which includes a CD of Christy Moore's ‘On the Bridge’ about the prison, was launched at Féile an Phobail.

Armagh gaol was the North's only women's prison during the conflict

As a result of the overcrowded conditions, prisoners were often housed two to a cell during the early 1970s.

Prisoners at the gaol took part in no wash protests in order to demand the reinstatement of political status which was withdrawn by the British Government in 1976.

Three women in the gaol took part in the 1980 hunger strike.

The gaol was closed in 1986, when all prisoners were transferred to Maghaberry Prison.

No Ordinary Women: Irish Female Activists in the Revolutionary Years