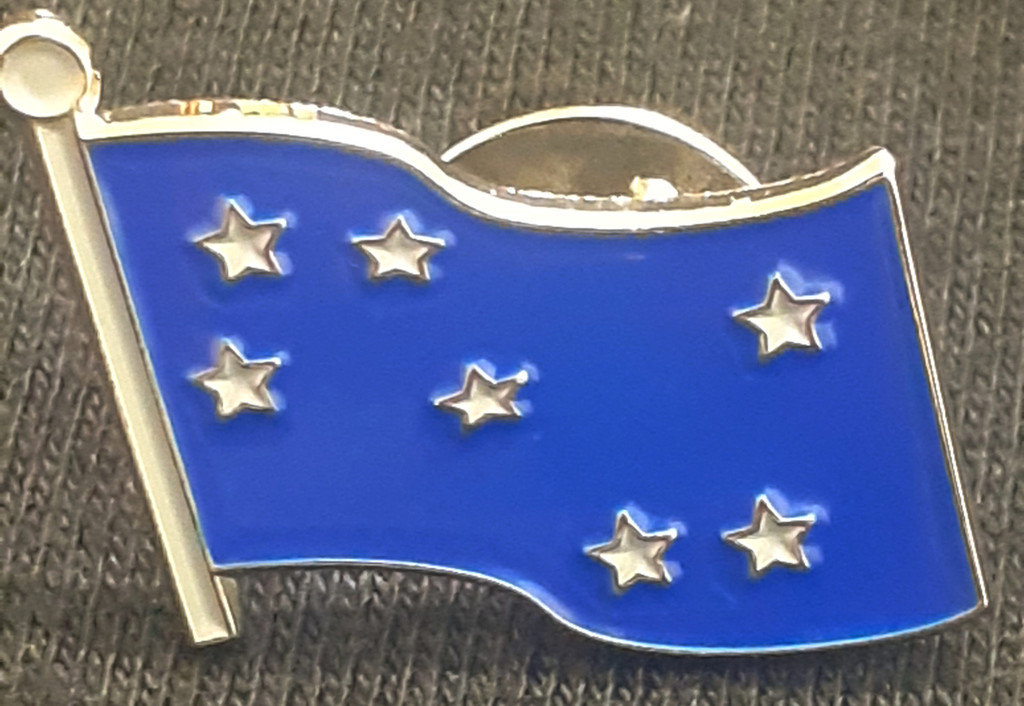 The Starry Plough was first exhibited publicly on April 5th, 1914 at an Irish Citizen Army meeting. Early in that month the Irish Worker reported on this demonstration and noted that "a large number of the Citizen Army were in attendance, headed by a standard-bearer carrying a beautiful new poplin flag, displaying the design of the Starry Plough, the work of Mr. Megahy." The flag, which was much admired at the time, became the official emblem of the I.C.A. and a source of pride for its volunteers. It's originality helped give the Citizen Army something of an identity all its own. Sean O'Casey, in 'The Story of the Irish Citizen Army' (1919), wrote: "The banner, the idea of which was given by a sympathiser, and executed by Mr. McGahey (Megahy) was generally admired, and its symbolic design of the Plough and Stars was indeed strikingly original. The tallest man in the army was selected as banner-bearer, and he was always proud of his work..."

This first Starry Plough differed somewhat from the version in general use today, G.A. Hayes-McCoy in 'A History of Irish Flags from the Earliest Times' describes it as "...a stylised representation of an agricultural plough with, superimposed upon it, a representation of the constellation Ursa Major, the Great Bear or Plough of the heavens-.." This representation is on a background of green which is bordered by a gilt fringe. The silver stars are disposed along the yellow-coloured plough and the coulter is replaced by a sword with a serrated edge. The version of the Starry Plough currently used by, among others, the Workers Party is a replica of this original flag.

The identity of its designer is still a source of dispute. It is generally accepted that the streamlining of the design was carried out by the Belfastman William Megahy. Megahy was a teacher at the Metropolitan School of Arts in Dublin. His original design was presented to the national Museum in 1954 by Sean O'Casey. O'Casey who was prominent in the Citizen Army in 1914, didn't believe Megahy to be responsible for the initial idea nor did he accept the contention of some that George Russell first proposed the design. To this day it remains unclear precisely who conceived the Starry Plough.

Megahy's flag was raised above the Imperial Hotel in Dublin during the 1916 rising. The hotel, which was the property of William Martin Murphy of 1913 Lockout fame was burned to the ground during the fighting but the flag survived and a British officer seized it as a souvenir. The Irish National Museum managed to acquire it in 1955. It was, however, missing when, in 1934, elements of the Republican Congress decided to attempt a revival of the Citizen Army which had disappeared at the end of the civil war. With the original flag believed destroyed in 1916, it was agreed to design a new Starry Plough.