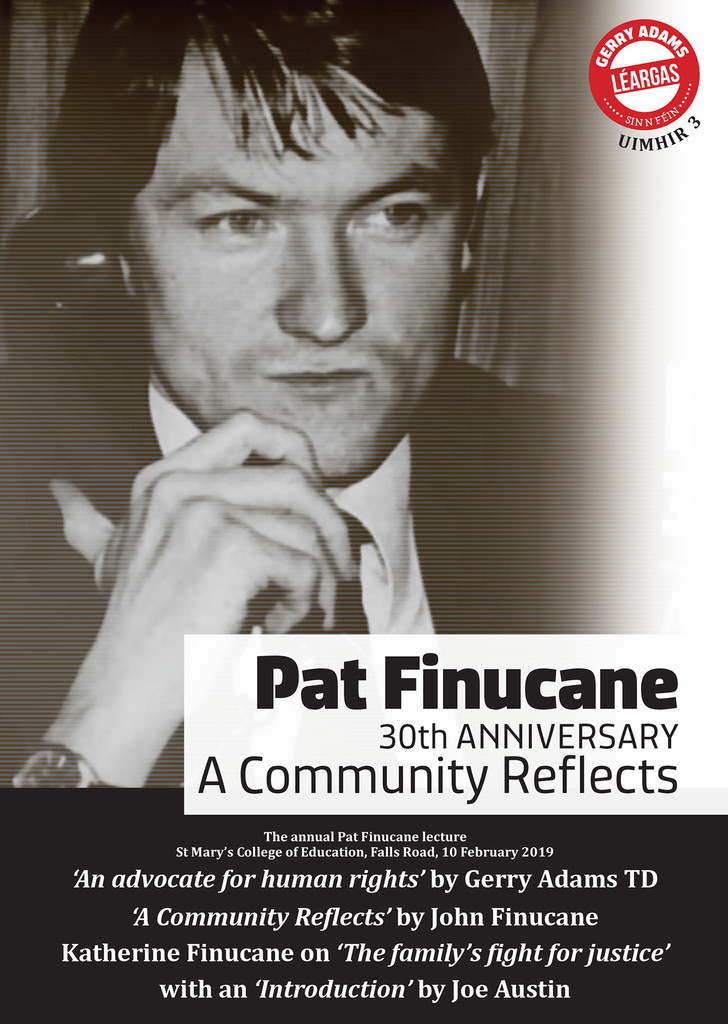 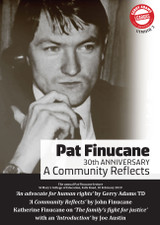 Pat Finucane was a dedicated human rights lawyer. He was murdered on 12 February 1989 at the hands of a British state sponsored death squad. He was just 39 years old.

Pat believed that the law should uphold and protect the rights of citizens. As a student in the late 60’s and early 70s Pat was inspired by the Civil Rights campaign. The Battle of the Bogside and the devastation caused by the pogroms of August 1969, 50 years ago this year, were hugely influential on him.

His family lived in Percy Street, across from St. Comgall’s School on the Falls Road. They were one of hundreds of families in Belfast forced from their homes in August 1969.

From all of these influences grew a determination in Pat to challenge these injustices. That meant being the best human rights lawyer he could be.

During the hunger strikes he represented Bobby Sands and the prisoners’ interests. In the little comms – teachtaireacht - that were written on cigarette papers or bits of the Gideon Bible – and smuggled back and forth between the Fir Pluid – the Blanket Men and the Sinn Féin POW department - Pat was known as ‘The Signer’.

His effective defence of citizens made him a hate figure for the RUC and the British state.

The British state and their agents thought they had silenced Pat when they killed him but they were wrong. His wife Geraldine, the family, and his many friends have fought a determined campaign for truth and justice since then.

Pat’s voice continues to haunt the corridors of power within the British political and security system.

The refusal of the British to hold the inquiry promised at Weston Park is because Pat’s case exemplifies the use of state collusion between the British government, its military and intelligence agencies, the RUC and unionist deaths squads.

This book is a testimony to the courage of Pat Finucane, his family and all of those who seek truth and justice.

"An advocate for human rights" By Gerry Adams

"A Community Reflects"  By John Finucane

Katherine Finucane on "The family's fight for justice"

with an introduction by Joe Austin