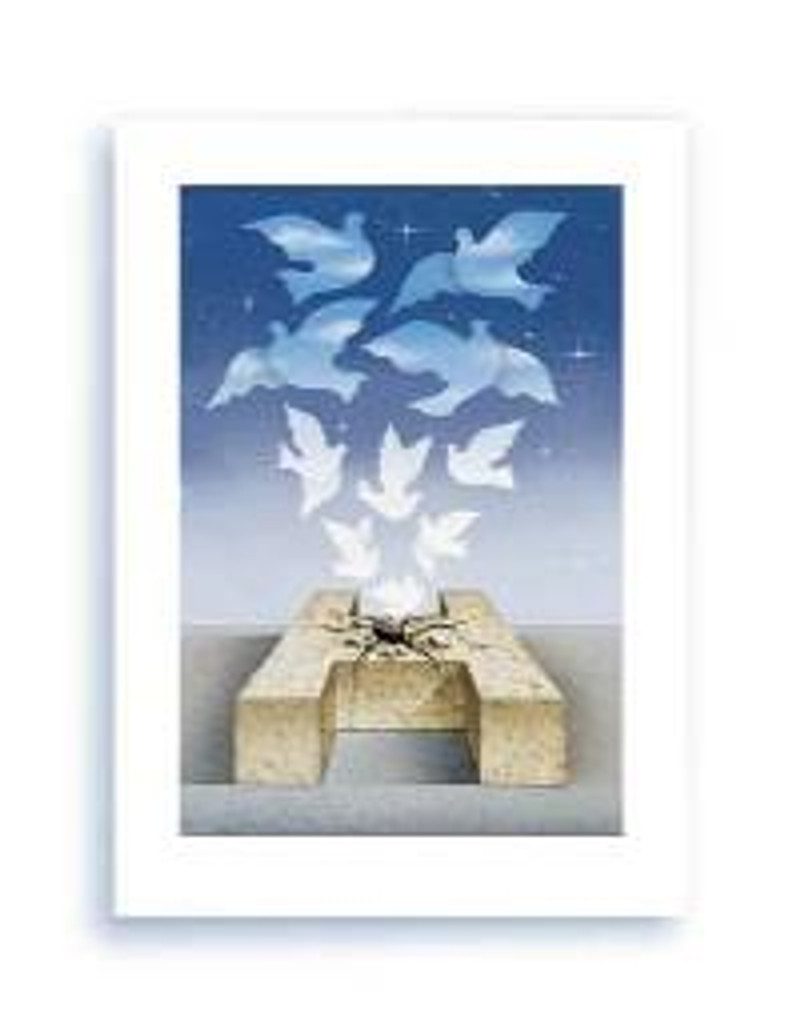 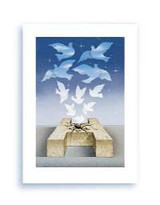 As part of the effort to commemorate the 1980/1981 hunger strikes, there has been an effort on the part of Sinn Fein to reach out to those people who played a role at the time, including musicians, actors, trade unionists, politicians, academics, poets, writers and artists.

One very familiar name on this list is artist Robert Ballagh. Internationally famous for his work, including paintings, the original set designs for Riverdance and even the Irish punt bank notes , Ballagh was initially approached by Sinn Fein's Rita O'Hare with the idea of commissioning a painting that would commemorate the sacrifice made by the ten men who died on hunger strike in 1981 and their legacy.

Meetings were held with the Sinn Fein Publicity Department and ideas from brainstorming meetings were discussed, but essentially, Ballagh was given a free rein to come up with ideas based on his own experiences and perceptions of the time.

The result is the painting "Legacy." Very simple in terms of content, the painting consists of an H-Block cracked in the middle with 10 doves representing the men who died rising to the heavens. The imagery is simple but powerfully conveys the message; the H-Blocks were smashed, figuratively as well as literally, along with the British effort to defeat the republican movement through criminalisation.

Ballagh's own idea is that "art should speak for itself, people take away from a piece of art not only what is actually there on the canvass but what they bring to it as they view it, their own experiences and perceptions." With this painting, he says, he tried to convey in simple terms the impact of what happened during the highly emotional and difficult year and create a message that would be self-evident.

During our conversation, Ballagh also recalled his own involvement in the H-Block Committees, the difficulty of the year itself and its aftermath. Initially approached in 1980 to sign a public petition, Ballagh said that it became an issue of essentially "outing oneself as a republican, sticking your head above the parapet." This was a time of Section 31 broadcast censorship and rampant media self-censorship in general. Though Ballagh experienced no professional difficulties that he knows of as a result of his participation, a comment he made, about how "you don't know what kind of work may have been lost as it wasn't on the table in the first place," makes you wonder. There were people, however, who suffered real professional losses as a result of their efforts and Ballagh reflected on those he knew, academics and writers who lost posts at the time as a direct result of their public participation in the H-Block campaign.

Ballagh's work over the course of his career spans the spectrum, from architecture to set design to print making, painting and multi media efforts. Educated at St. Michael's in Blackrock and the College of Technology in Bolton Street, he qualified as an architect and worked as a draughtsman. In his early career, he spent several years playing in a showband and has an ongoing relationship with the performing arts, designing sets not only for Riverdance but for various productions by Irish drama companies and theatres, including The Gate in Dublin.


The underlying focus, however, in all of his work remains his personal belief in the wider social responsibility of the artist. His support of this belief goes far beyond his individual artistic work. He is a member of the board of the Ireland Institute, which refurbished and opened the family home of Padraig Pearse last July and the mission of which is to foster dialogue and debate on the role of broad republican ideology in contemporary Ireland. He has continued his long association with the Irish National Congress and is a highly vocal member of Aosdana, Ireland's state-sponsored academy of creative artists.

The works of Ballagh's that are probably best known to republicans are those efforts that have been appropriated by the mural artists of the north. Specifically "Slan Abhaile," depicting the image of British soldiers finally heading home, has been used not only for murals but for postcards, t-shirts and posters. Another print that made it to a high visibility wall was "Feile na mBoithre, Bothar Ghairbh Achaidh," which was reproduced as a mural on a gable wall along the Garvaghy Road in 1996 when the Orange march was forced through the nationalist community. And of course, there was his painting, produced in 1991 to mark the 75th anniversary of the Easter Rising, depicting the 1916 leaders against the background of a blazing GPO.

Each print is numbered and signed.